More and more people in the UK are taking to cycling, whether they are cycling for leisure, taking part in competitive cycling or commuting. According to the 2011 census over three-quarters of a million people in England and Wales say that cycling is their main form of transport when getting to and from work.

Cycling will often contribute to a healthier lifestyle with non-cyclists taking 18% more time off work sick and have been found to have an all-cause mortality rate 39% higher than those who cycle to work.

In general cycling in Britain is a safe activity and has substantially improved in recent years but remains significantly riskier than other modes of transport such as walking, driving or public transport and is largely down to the attitude of other road users towards cyclists. Some of the common injuries associated with cycling could include knee injuries, back problems, muscle tightness and ankle injuries. Impact injuries are also common due to falling or crashing and can include broken bones, concussion, cuts and bruises.

Take a look at our sports brochures to see what benefits you could receive. 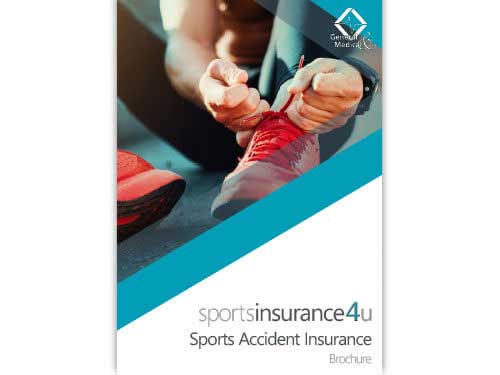 As an alternative for amateur cyclists, General & Medical can also offer Private Health Insurance for you and your family, whether you are on a budget or whether you are looking for the most comprehensive levels of protection.